So, you’ve heard of racism and sexism, but have you heard about Speciesism? This is when we, as humans, feel we are superior to non-human animals.  In fact, we are so supremely better than other animals that we can kill trillions of them, use them as entertainment (think: circuses, bullfighting, rodeos), experiment on them, and use their skin and fur to clothe and decorate us.

Ok, so now that you’ve seen what we do to other animals, do you see how this is Speciesism?  In ELA, you have been talking about argumentative or persuasive writing.  Today, we’d like you to create an art piece that persuades others that animals should have rights and that we need to end cruelty to them.

Today marks the end of our E-Cigarette Game creation unit.  Next week (Maybe Friday?) we’ll have some students from other classes come and play them. In the meantime, if you’re done, have another 8B group play your game!  As you watch them play, think about things you want to improve on.

If you haven’t yet created a game or want to abandon yours.  Here are some last minute inspirations:

1- Make your own Monopoly game using Google Sheets like the one below. Instead of buying properties, how about buying healthy choices.  The can include things like playing basketball, eating kale, and sleeping 8 hours.  Instead of using money to buy health, you can spend health points.  The Chance and Community Chest cards as well as the Go To Jail space can be about the dangers of E-Cigarettes.

2- DIY Operation Game.  Draw an E-Cigarette smoker and all the parts of their body that will be affected by smoking.  Make holes in those spots.  I’ll help you wire it up so that when you touch the holes it buzzes. Please write down 3 new facts on you learned on the Padlet  and include it in your game.

Today, we’re switching gears and talking about E-Cigarettes.  Even though most of us know they aren’t harmless, more and more teens are starting to smoke them each day.  Put together, 14% of middle and high school students smoke them.

Bubblegum, Mango, and Cucumber.  Who doesn’t love those delicious flavors?  One reason that kids are so into e-cigarettes is that they are attracted to the flavors added to the “pods” or liquids used to create the smoke.  The e-cigarette companies KNOW this and are marketing it to you on purpose, even though you’re supposed to be 18 to buy their products.

There are two big problems with e-cigarettes:

Today we are going to do a design activity to alert other teens to the dangers of smoking E-Cigarettes.  We are going to design our own games.  Let’s begin by talking about the games we know:

Now we are going to design our own games.

Figure out the goal of your game, the tools players will use, and how they will play.  If you’re too overwhelmed by creating a board game, you can always do a simple game of Memory.

Create dice, playing cards, characters, rewards, or whatever else you’ll need to play the game.

STEP 4: PLAY YOUR OWN GAME!

I think this activity will take 3 sessions, so be ready to clean up when i ask you to…

Meet Bertha, she’s Dishonest, Impolite, and Bossy.  One day, right after she got her paycheck, she passed by a homeless woman with a skinny dog– it’s ribs were showing.  The woman asked, “can you space some change?”  Bertha responded, “nope, I don’t have a dime.  And, I must say, It’s time for you to get a job honey.”

Now, close your eyes: I’m going to say the following traits and I want you to imagine the first person that comes to your mind when I say them (they can be real or fake):

For this activity, we’ll be taking adjectives from a character trait list and building a character.  Here are the steps:

STEP 1: Click on the following lists and choose 3 traits: 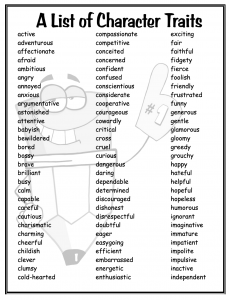 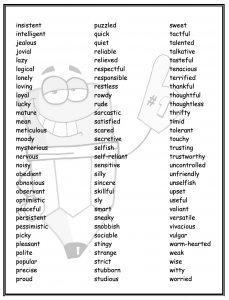 STEP 2:  Build a Character (real or fake) from the art materials inspired by the 3 traits you chose.  Get creative!  Here are some funky portraits to inspire you: 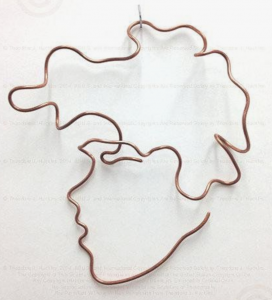 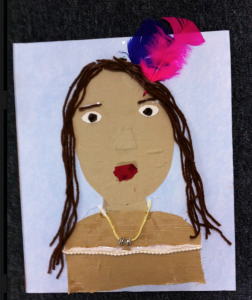 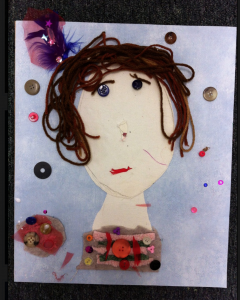 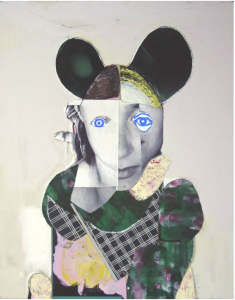 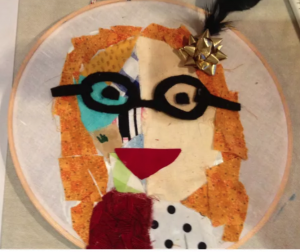 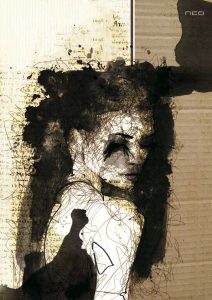 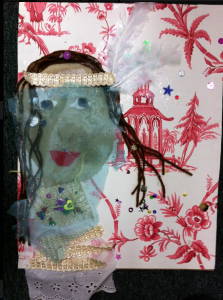 STEP 3:  Write the 3 Character traits you chose somewhere on your character.

STEP 4: Think of one thing you could write about that your character did to show these character traits.

Today we’re going to be doing a design challenge about A Long Way Gone.  Your job is to form teams of 2-3 people and create a piece of art that represents at least two of the following ideas:

1- You can only use the materials on the table: 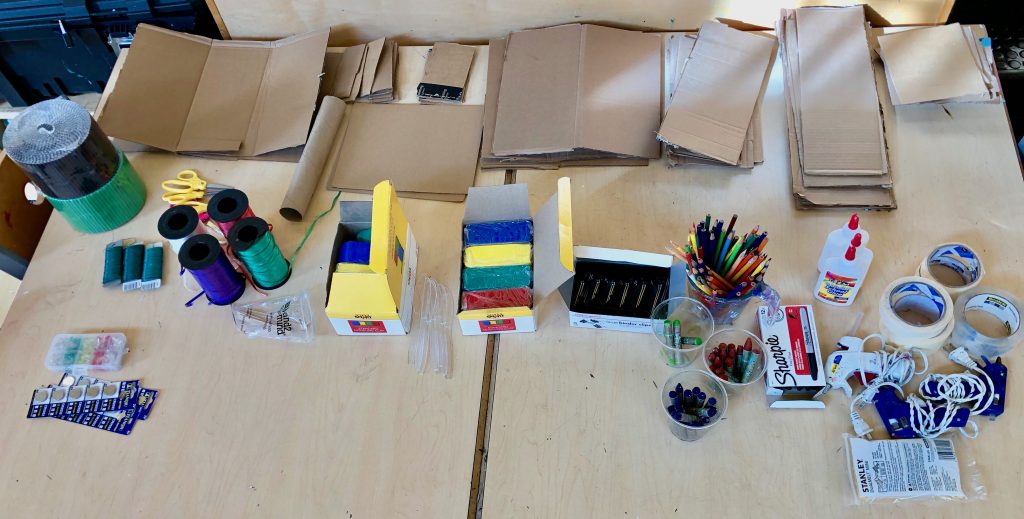 3- Someone in your group needs to be able to talk about your art piece.

4- There is no “right way” to do this, it can be big or small have color or no color, use two of the materials or 10 of the materials.  But it must have to do with A Long Way Gone.

Today, we are going to do an art activity called “found poetry”.  Let’s begin by listening to this short clip from A Long Way Gone:

Now, your next job is to grab a page torn out from a discarded book.  Quickly scan the page.  Now, circle the words that remind you of what you just listened to or any other section from the book.  This will form your poem.  Now cross out the words that are not part of your poem. 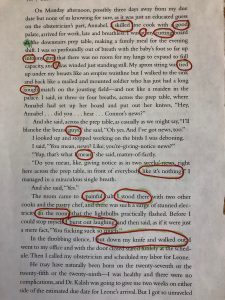 Feel free to decorate the page as well!  Here are a few examples. 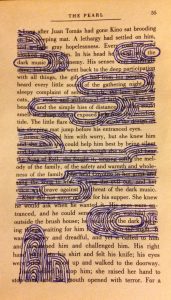 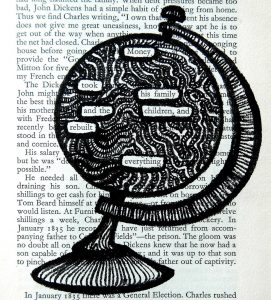 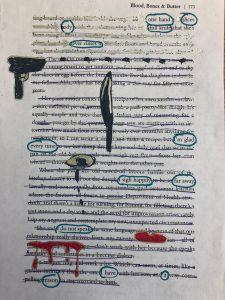 You might be wondering how child soldiers are able to do such horrific things to their community members and total strangers.  Good question.  A word used to describe changing someone’s beliefs and behaviors is “brainwashing”.

It’s not easy to brainwash someone and it doesn’t always take place in the same way.  Here are some basic steps.  As we go through them, think about the soldiers in A Long Way Gone and how they went from villagers to killers.

I was speaking to a student last week who told me: “I don’t know what I’m supposed to be doing.”  I’m posting a few StoryBoardThat’s on A Long Way Gone: 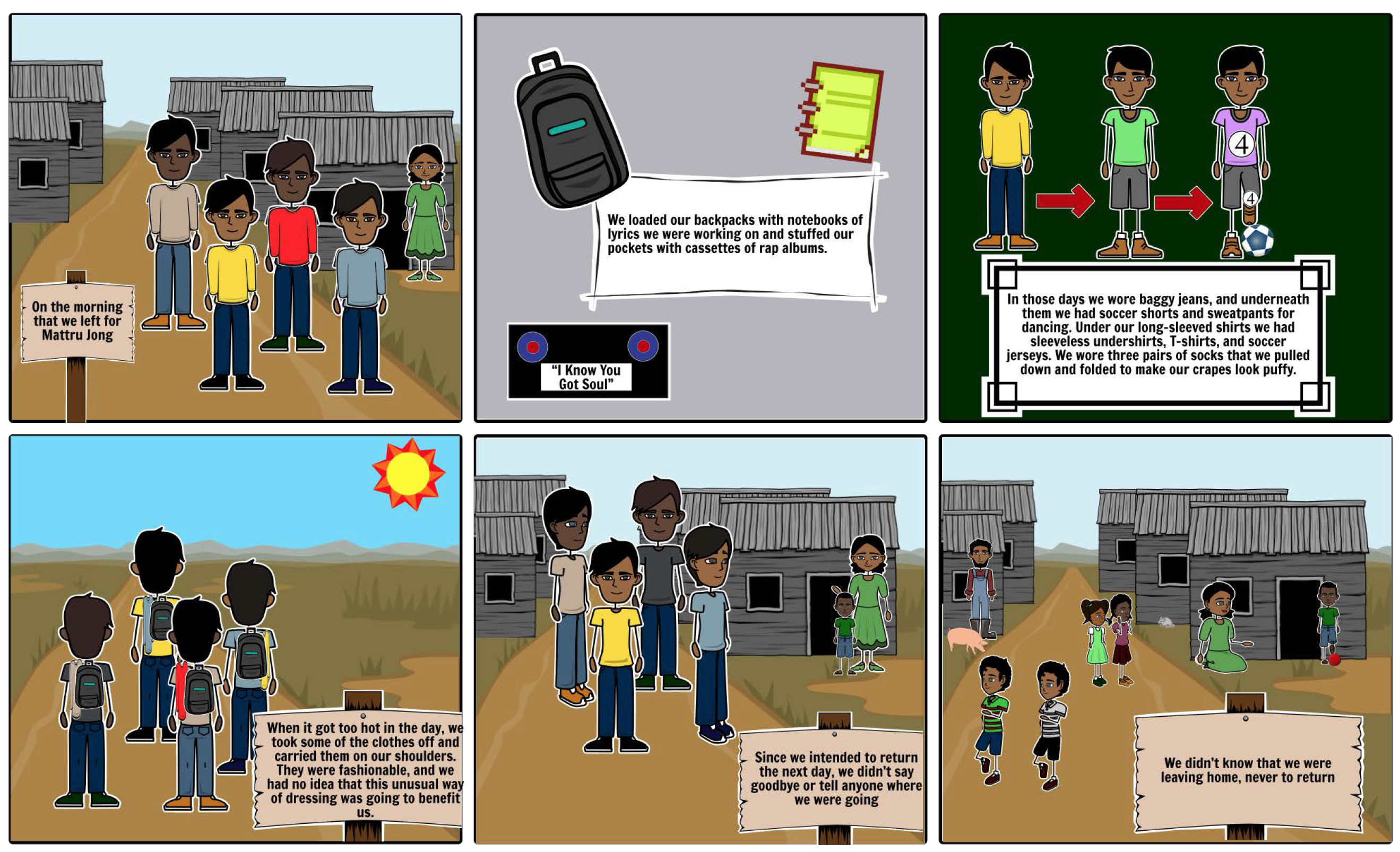 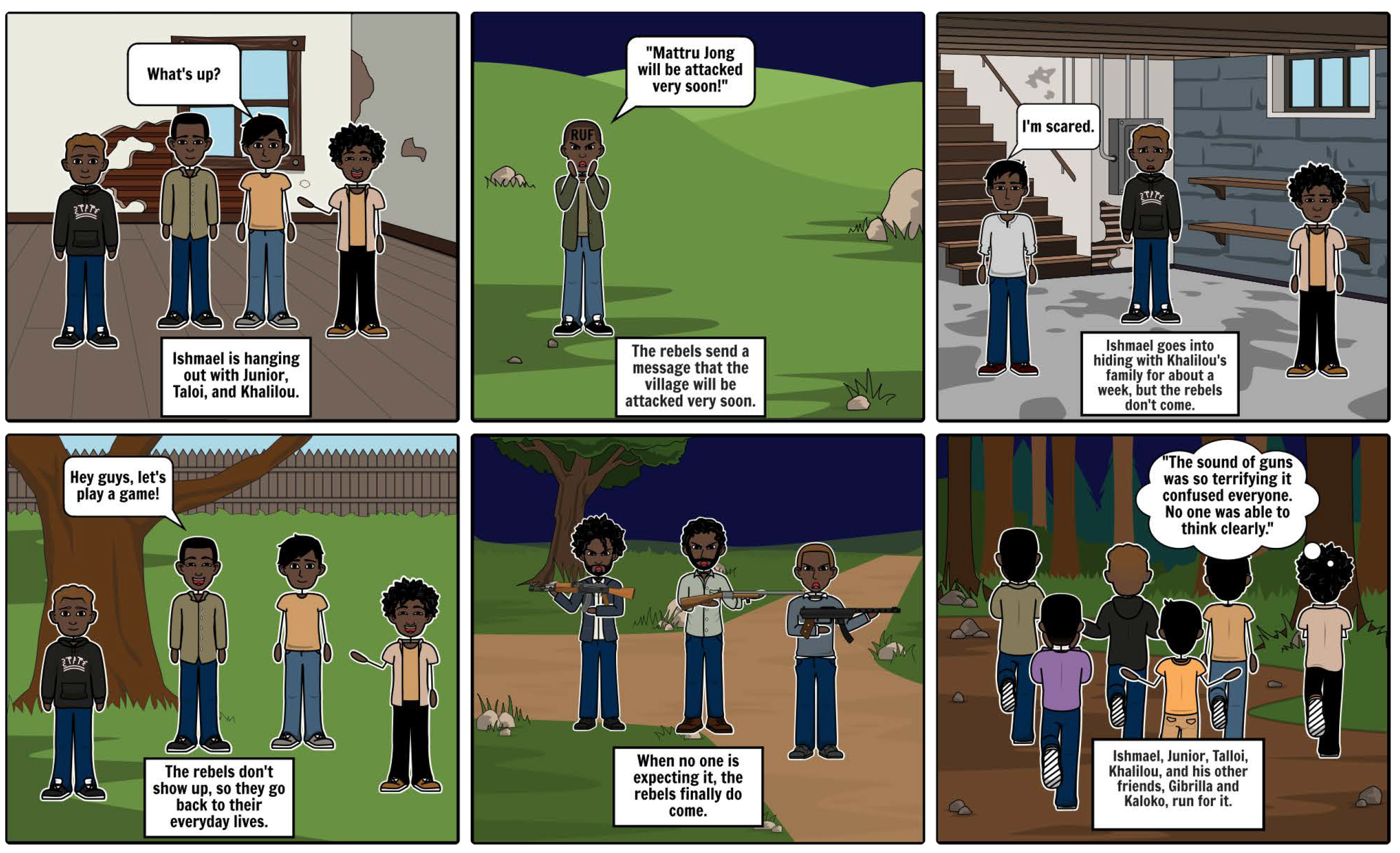 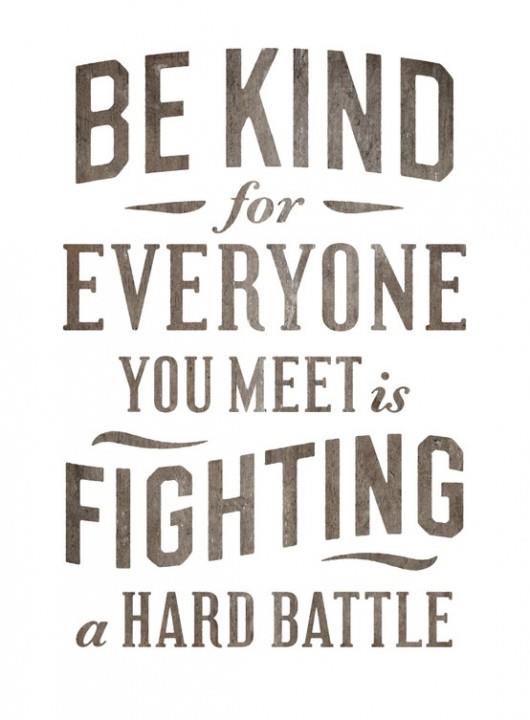 Ever since we started our discussions of Congo, the word “Empathy” has been front and center.  Thing is, it’s hard to make people feel empathy (understanding and sharing the feelings of others).  Today, you’re going to learn Dr. Lahana’s 2 steps for building empathy™.

As I mentioned on Week 1, having ELA class in the Makerspace is an experiment.  Well, last week, was a bit difficult.  Some of you had no idea how to take the tools in the Makerspace and use them to make a project about A Long Walk Home, Conflict Minerals, or FGM.

I get it, so CLICK HERE for a clear definition of your assignment.

This week we will be talking about FGM: female genital mutilation. As you watch these two videos, think about the following questions:

Ok, so this is the week we begin working on projects that reflect our understanding of the INHUMANITY seen in the Congo in order mine the minerals for our devices and what is happening here in the United States to immigrants seeking a better life.  Here are some ideas and activities you can do– but feel free to create your own: 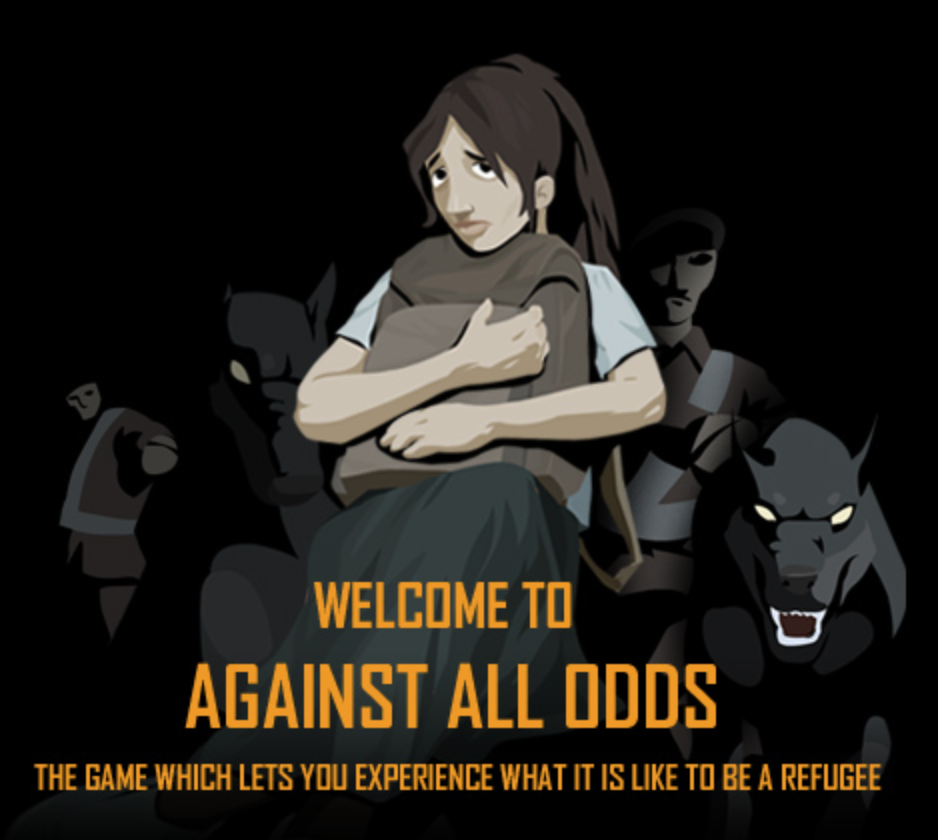 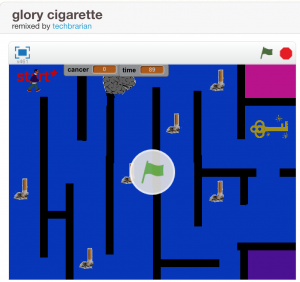 Last week, we learned about the inhuman ways that men and women are treated in the Congo in order for us to have our electronic devices.  Killing, maiming (injuring someone’s body), and raping are ways that the militias control communities.  We asked ourselves, “how can they be so lacking in empathy?”

But, in some ways, The United States is guilty of inhumanity as well.  Of course, we hold our bloody history of slavery and massive acts of racism like  Japanese Internment, but there are modern forms of treating others with inhumanity.  Watch this Music Video by Logic:

What forms of inhumanity do you see here?

How was humanity restored in this story?

What other forms of inhumanity do you see in your life?

How can you restore humanity in these cases? 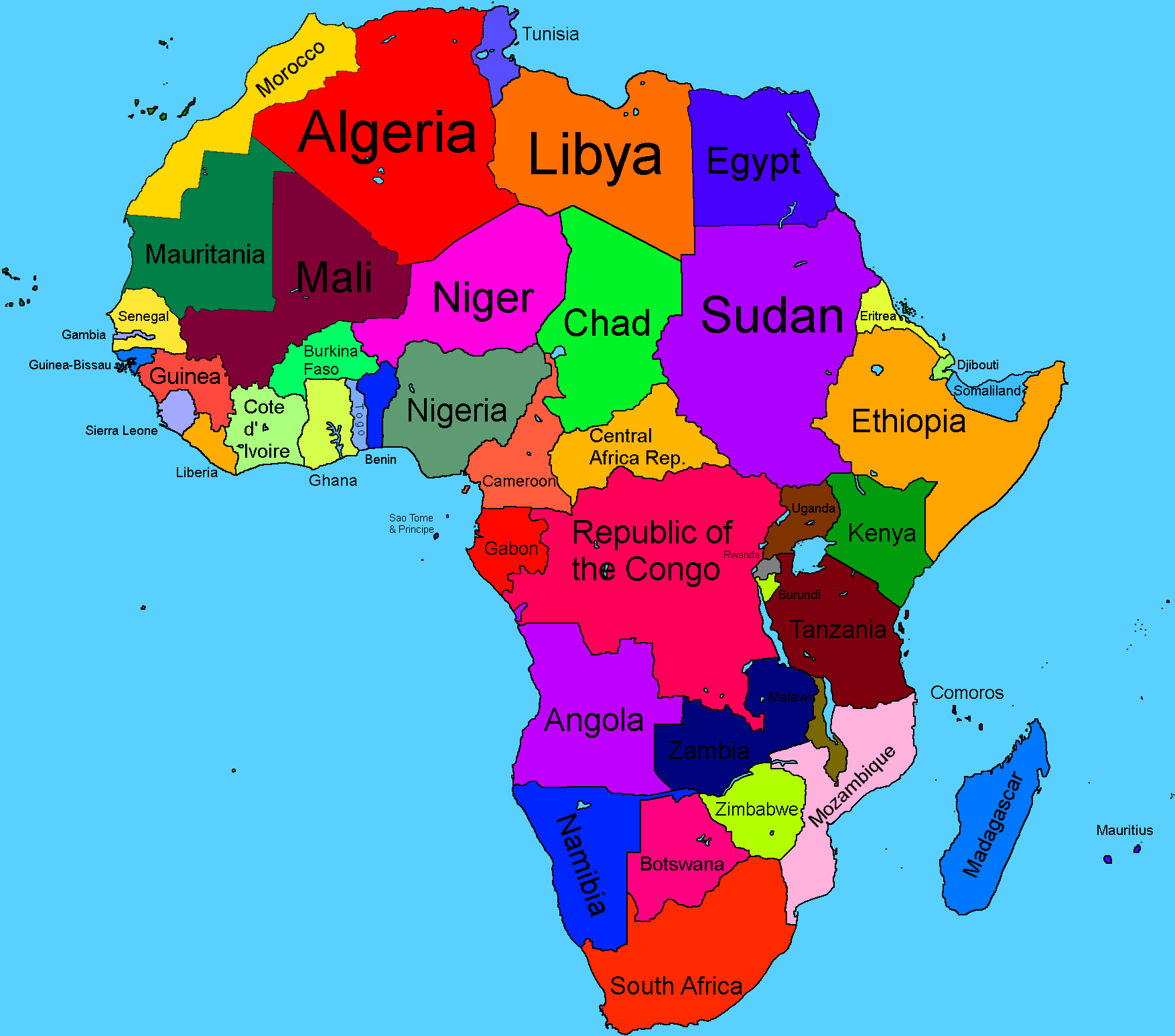 In the past, we’ve spoken about the idea of Blood Diamonds- that Africans have been put into slave labor, raped, and killed in order to mine our diamonds.  The diamond trade has been using less of these “conflict diamonds” over the years because these practices have been exposed.  However, there are other resources that are still causing the same pain, death, and destruction: Conflict minerals used for technology.

In these modern times, a lot of people joke about rape.  “Yo, she’s raping me!”   In real life though, rape is the ugliest thing you can imagine.

Below is are a couple of  **VERY GRAPHIC** stories of rape in the Congo.  Do not read if you feel like you cannot handle it:

The following was said by a woman named Lumo:

They shoved grass in my mouth and tied me with my clothes. After I couldn’t walk. They used my clothes and dragged me on the ground. The next day a hunter found me. I was hospitalized for three years. I have fistula from the rapes. I still, after 9 operations, have fistula. I was going to be married. My husband left me after the rapes. He got his dowry back. My friend ended up dying.

When I hear a boom, I am terrified. The pain I felt when they took my leg over my head as they raped me. The leg was lose and they were pulling it. I was screaming the pain was so great. I had 2 surgeries –nothing they could do. Head of the thigh bone was gone. I will be on crutches for the rest of my life. I’ve always been courageous. Always will be courageous. If the military wants to kill me for telling my story, I am ready to die.

The following was said by a women named Nadine, the only woman of 50 in her village who survived. The soldiers murdered her children: her four-year-old and two-year-old boys and her one-year-old girl. :

“I’m 29. I’m from the village of Nindja. Normally there was insecurity in our area, we would hide many nights in the bush. The soldiers found us there. They killed our village chief and his children. We were 50 women. I was with my three children and my older brother; they told him to have sex with me. He refused so they cut his head and he died.

One of the soldiers forced me to drink his urine and eat his feces, they flung my baby’s body on the floor like she was garbage. One after another they raped me. From that, my vagina and anus were ripped apart…When I got away from the soldiers, there was a man passing. He said, ‘what is that bad smell’? It was me; because of my wounds, I couldn’t control my urine or feces.”

Create a Shrinky Dink of one of the conflict minerals.  On it, write a word representing what you think of now that you know who mines them and how communities are terrorized to control who profits from the minerals.

BIG ASSIGNMENT IDEA:  Create a podcast, essay, or Storyboard that answers these questions.